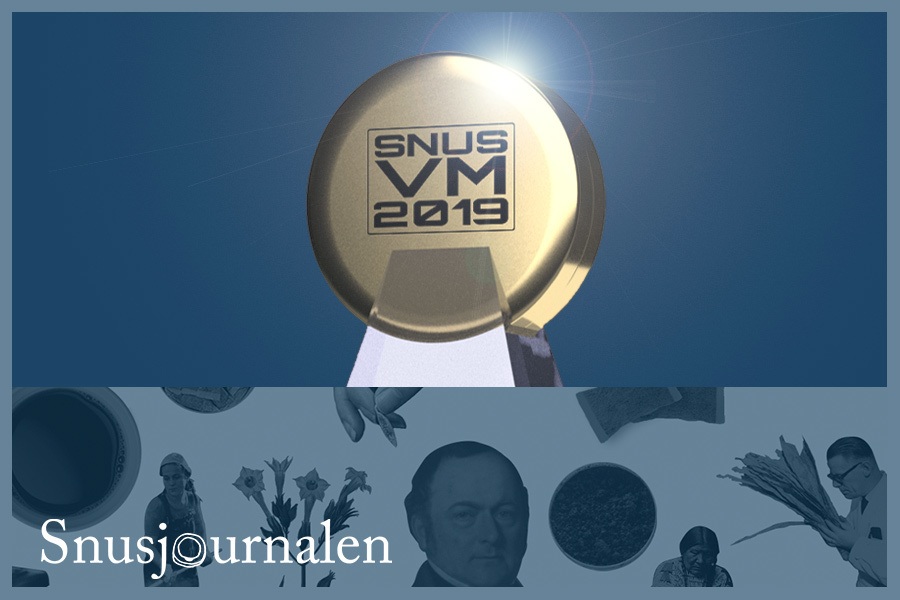 When I was in my 20’s, I primarily drank Bud Light. Here in the US, Bud Light is a bottom tier beer. It’s cheap, it didn’t taste that great, but it was sold everywhere.  When I got into my later 20’s, I heard about something called “craft beer”.  Apparently, there was a whole scene where special and unique flavors of beer were being created that I had no idea about.  When I discovered it, it was like a whole new world. Now, I don’t touch Bud Light, and I’m always looking for new and exciting craft beers to discover. I see that a lot now in the snus world. People in their homes and with their friends are growing their own tobacco, or buying kits to make their own flavors. I’ve been fortunate over the years to try some blends created by snusers around the world, and I’ve been really impressed with some of the things I’ve tried. Many craft snus products I’ve tried have been better than what a lot of manufacturers are making.

This is where it gets really exciting, though. Snusbolaget is hosting the first ever Snus World Cup. I know there are other snus geeks out there like me who are going to get excited about this. Here’s the run-down:  they’re taking submissions August 15th until September 20th, 2019. It’s open to everyone in the whole, wide world.  It is open to anyone over the age of 18. (Update September 5: due to legal restrictions it is only open to people living in Sweden or Norway).

This contest is going to have two categories - loose snus and portion snus.  You are also welcome to compete in both categories!  The easiest way to participate is to buy a participation kit from Snusbolaget, here. But you don’t have to use their kit - you can also use tobacco you have grown yourself, or buy a portion kit, loose kit, or a raw tobacco kit. After that, you can add your own exciting blends of flavors! If you’re going to flavor it, it is best to use a neutral or natural flavored tobacco, so as not to detract from your flavor base. Anything you add must be approved by Sweden’s National Food Agency, and you can read their guidelines, here. Once you’ve made it, simply box it up, and mail it in with the recipe sheet in the box!

So, what does the winner get? A giant trophy? Oh no, my friends. You get something much better than that. Your snus will actually be produced, in a very limited quantity, by AG Snus of Denmark. They’ll produce 1500 cans of portion, and 1500 cans of loose. You will get to work with AG Snus to determine the name, and the can design as well! You won’t make any money from this, but who needs money when you made your own snus? There is an added bonus, however. Proceeds from the sales of your snus product will go to the charity of your choice!  AG Snus is also reserving the right to publish your recipe. You can read the full details here.  The winning snus will be sold exclusively at Snusbolaget.

But who decides which snus is the best? Well, I’m glad you asked. They brought in an expert panel of jurors who will reach a verdict at the end of the contest. Lars Olesen, who has years upon years of tobacco experience, is a judge. He’s worked for Fiedler & Lundgren, and now works for AG Snus. He’s helped with brands such as Granit, Mocca, SISU, Kapten, Crafted Snus, Shiro, and Sirius. It’s quite a resume! Another expert is Daniel “Pinhead” Carlsson. In the craft snus community, he is highly regarded as one of the most creative snus connoisseurs! He helped develop Soldat Snus, and was on the panel that helped produce General Kardus 2018 Spring Edition! Also, my friend Conny Anderson will be on the jury. My friend Julls said it best like this, “Conny has a PhD in taste”. He’s the guru behind many of Swedish Match’s Kardus products in the past, GN Tobacco’s Islay Snus, AG Snus’ Crafted Snus, AG Snus’ Hope & Glory IPA Snus, and Mellgren’s IPA snus. Knowing that he is going to help pick the winner makes me really, really excited to try the winning product! It goes without saying, that is truly a packed panel of snus experts!

Be creative and you can make snus history. Over the years, I’ve been lucky to have quite a few products put on the market. V2 Tobacco made my Snubie Brandy Alexander product. Snus.biz has made many interesting and unique blends of loos snus for me: Blood Orange & Goji Berry, Bacon, Cheese & Bacon, and Cherokee Rose, a product I made to celebrate my website’s 10 year anniversary. Each time I made a snus product, I always tried to make something unique, something that didn’t exist on the market already. This is my challenge for you: think outside the box. The snus world doesn’t need more mint snus. That’s already been done to the maximum. Be creative. Make a snus product that will make people say, “Wow, I’ve never had that before, I have to try that!”  I’ve been reviewing snus for ten years now, and the products that stand out in my mind are the more unique ones, with unique flavors.  You could be a part of snus history.  Your product could be something that sticks in someone’s mind. Ten years from now, I could look back on 2019 and say, “Wow, I remember Markus’ chicken and waffle snus, that one sure was good!” You don’t have to make that one, but it’s just an example. Think outside the box. Make snus history. Compete in the 2019 Snus World Cup and make a product so awesome that it will actually be produced by a snus company and sold to other snus consumers. This is an exciting contest, and I can’t wait to see what you all come up with. And of course, you know I will do a review of it. It’s what I do. 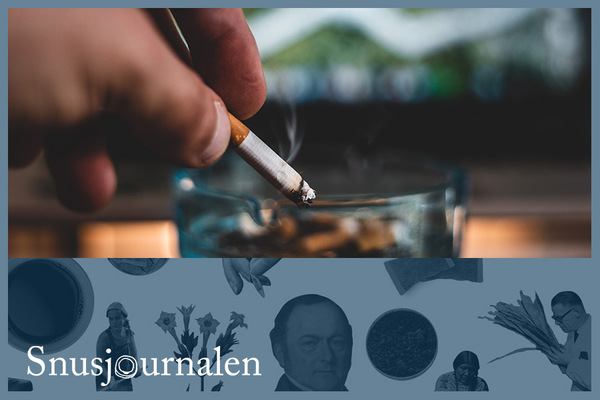 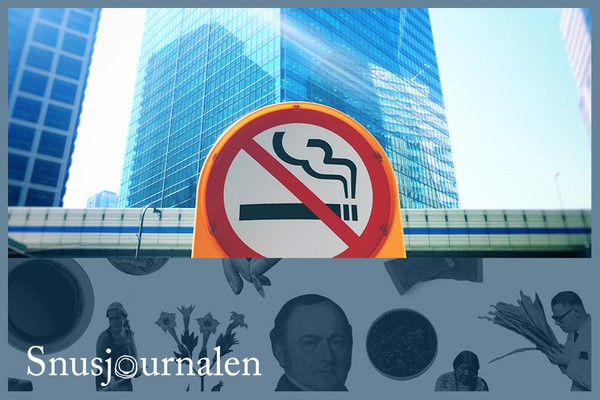 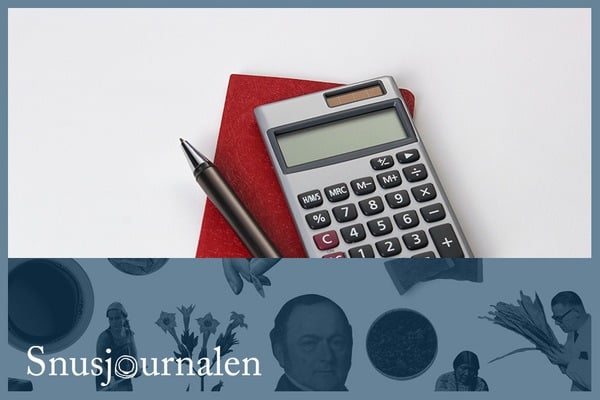 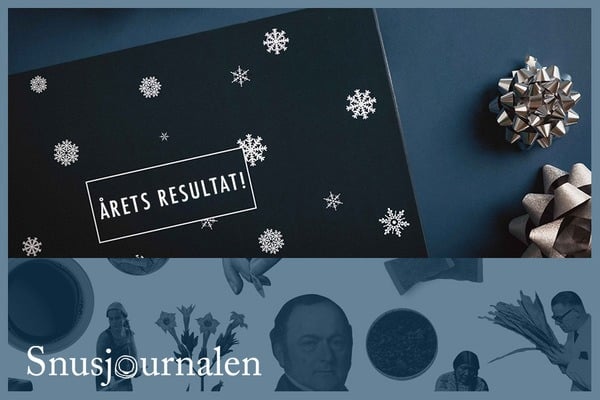 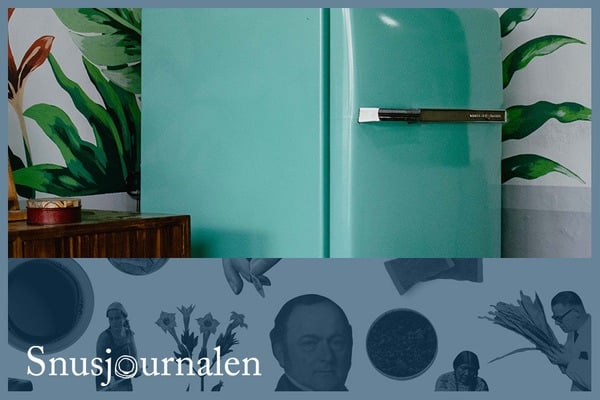 Nyheter 2023-01-26
In the US? This website only ships to Sweden. Visit Nicokick.com for US offers and shipping!
Yes, take me to Nicokick.com No thanks, I'll stay here.